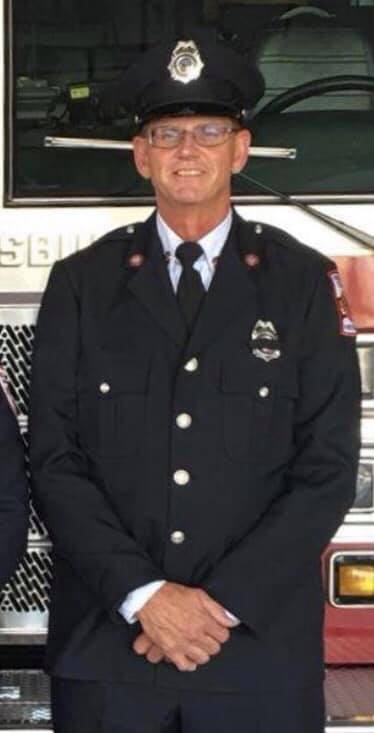 Born March 30, 1959 in Waynesboro, PA, he was the son of the late Max I and Edith Grace “Peg” (Nunemaker) Jones. In addition to his parents, he was preceded in death by his siblings: Lorie Ann Jones, Maxine Marie Jones, and Max I. Jones, Jr.

Drue graduated from Waynesboro Area Senior High School with the class of 1978. He was a life member of Mont Alto Volunteer Fire Company and a member of the Vigilant Hose Company (Emmitsburg). He attended Frederick Christian Fellowship Church.

First and foremost, he was a proud grandfather, “Pap Pap,” who was eagerly looking forward to moving to Waynesboro so that he could spend more time with his granddaughters, Morgan, 8 and Maci, 3. Drue included them in his passions of hunting, fishing and boating whenever he could. He was a Penn State fan, as well as the Chicago Bears and a proud Kansas City Royals fan which he excitedly watched as they won the 2015 World Series.

Drue worked as a machinist at Frick Company and was a volunteer firefighter for decades. His love and devotion to his community inspired him, to switch careers and he became a professional firefighter at the age of 46. He served as a member of Frederick County Division of Fire and Rescue for 14 years, the past several of those years he was assigned to Emmitsburg.